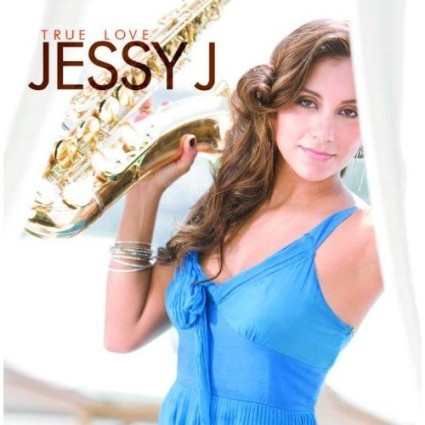 The talented Jessy J comes back with another project, the 2nd from her discography from Peak Records in “True Love” – a spicy mix of Latin melodies, lush soft instrumentals & a slight touch of the hand from producer Paul Brown. The follow up from Jessy’s previous “Tequila Moon” sends us back to the same template used to recreate the magical sizzle Jessy brought the music industry back in 2008. Not only does she shine with the sax in hand, but also delights her fans with a breath of jazz vocals. The ultimate question of whether or not this CD will outshine the other resides in the way this disc rotates & plays back to our ears.

Much of the music presented were very still & quiet, yet attractive. None of the songs sounded as if there were going to be a breakout of some sort. However, the track-titles shows an aspect or a special appeal for love & romance. Perhaps that’s where the music lends itself the opportunity to shine – another approach in the way I should listen to the selections. On one side of the coin…

…However, much of the Latin music appreciation sizzles in other tracks provided, like the groove in “Morning Of the Carnival From Black Orpheus,” soothes in “Somewhere In The Rain,” relaxes in “Jessy’s Blues” & percolates in “Liegaste Tu.” A rather tasteful “Brazilian Dance” cascade the next steps to the ending of the 10 track selections.

The maturity in the art & skill of playing the saxophone has caught up with Jessy J. Broadening her range in the jazz vocals dept, alongside the continuous undertaking of Paul Brown’s production gifts, easily shines on the disc. But the only drawback is that I felt some of the compositions were too predictable. Not enough to really allow Jessy J to explore the outer regions of pure modern jazz music by being more adventurous on the sax. “True Love” is very smooth, contemporary & enjoyable however, the music by all means amplifies Jessy’s love for Latin jazz music. It simply radiates & presents the overall flair Jessy wanted to share with her fans & new ones to come down the road.