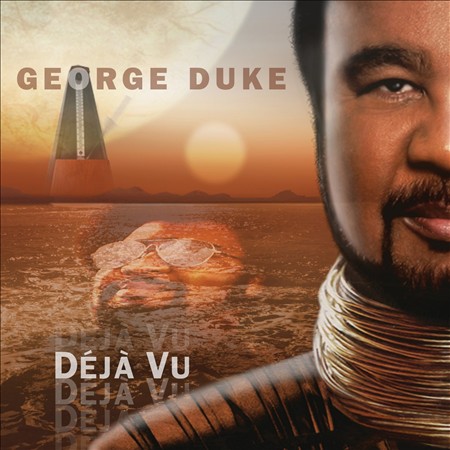 Keyboard master/songwriter/producer, jazz legend George Duke, returns with his latest project on his own BPM imprint, distributed through Heads Up International (A division of the Concord Music Group), “Deja Vu”. George takes his listeners back to his late ’70’s/’80’s era Funk/Soul sound. A sound that defined the classic “Dukey Stick” groove we all have come to know and appreciate. Produced by George, this ten selection CD is a culmination of Latin, Soul, laid back ballads, and Funk excursions. Let’s spotlight some of the highlights of this great work.

Opening track, “A Melody”, complete with a Latin Jazz shuffle groove supplemented by the soothing background vocals and musicianship of some of music’s brightest talents, will harken you back to George’s 1979 release “A Brazilian Love Affair”. “What Goes Around Comes Around”, is a laid back mellow Funk tune featuring the soprano sax work of Everette Harp. “Bring Me Joy”, is a song that’ll remind you of Stevie Wonder’s classic “Creepin'”. Haunting, yet beautiful sounding synths, and breathiness of George’s lead vocal is certainly one of the standout cuts. “Ripple Time”, {Dedicated to Miles Davis}, is an atmospheric synthesizer performed piece in mode of Mile’s via “Tutu” and his experimental 1989 project “Aura”.

“6 O’Clock Revisited”, is actually a funked up version of the same tune taken from George’s 1992 Warner Bros. released project, “Snapshot”. George’s son, Rashid, is featured on vocals. “Come To Me Now”, is another mellow mid tempo song that features the fine acoustic piano work of the “Master” himself, as well is his trademark lead and background vocal performance. The interestingly titled, “Stupid Is As Stupid Does”, is an upbeat, fun toe tapper featuring the excellent sax work of Bob Sheppard, the fine flute work of the great Hubert laws, and the super chops of trumpeter, the talented Nicholas Payton. Closing number, the album’s title track, “Deja Vu”, is more in line of the straight ahead jazz mode, with the fusion feel of a Jean-Luc Ponty vibe on top. Featured here is violinist Sarah Thornblade, and the power drumming of Ronald Bruner, Jr. Of course, the keyboard work of George is nothing short of spectacular.

Other musical talents featured on “Deja Vu” are bassist Larry Kimpel, guitarists’ Paul Jackson, Jr., Ray Fuller, Jef Lee Johnson, bassist Michael Manson, and drummer Teddy Campbell. As we can clearly see, George surrounds himself with great musicians. This is an album worth checking out when it’s released August 10, 2010.