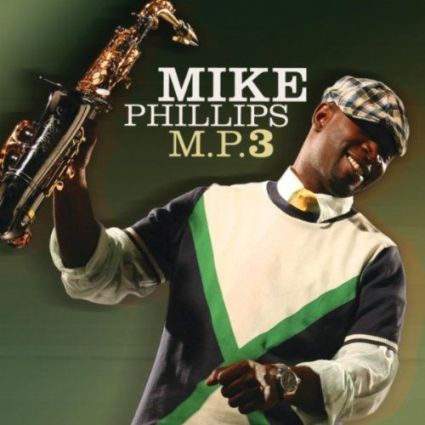 Consider the new album from soulful saxophonist Mike Phillips for just one second. Bridging worlds of R&B and contemporary jazz together isn’t a tall order from a gentleman who often engages himself into taking anything to the next level. Would he be considered special? Perhaps. The 3rd deal from Hidden Beach Records, “M.P.3” may explore where Mike has taken off from his predecessors (CD’s) & where his next steps may be leading him. This disc is a formidable, mature growth for Mike, as he gently sways the listener with simmering streams of funk, tight syncopated rhythms & an exceptional team work with many featured on the disc.

Not since the days of the release of albums, “You Have Reached Mike Phillips” & “Uncommon Denominator” has anything really sounded this fresh. Although keep in mind: this isn’t an ordinary ‘smooth jazz’ recording neither. It’s a great combination of contemporary jazz wrapped up in a tapestry of R&B and fraction of Hip-Hop with a drop of the spoken word.

The harmonica solo preciously squeezed into micro-groovin’ “Picture Me Rollin”‘ by R&B Great Stevie Wonder, sets the wheels in motion for playback of the disc. A mid-level, mid tempo track with a draw of appeal. The musical prodigy of producer Jamie Hawkins comes into play as he conducts backup instrumentation to an otherwise nice set to include the ‘bassic’ instincts from another jazz great – Marcus Miller in “7 Days of Paradise”. Mike continues to release the high flying energy of his chops. This track has a congo – rhythm layered feel & Caribbean undercurrents.

“Stay Awhile” lays out the ‘sexy’ welcome mat template, enticing a sound of romance, while “Fallin'” showcases Natalie Stewart as she stretches poetry to a great measure in the spoken word. Hey, what can I say, ‘it’s all about love’, right? Vocalist Lauren Evans turns up the heat on the dance floor with “Time of Your Life” – a funky simmering flow that sums up the title of the track, with Keith Crouch providing background vocals.

“Gonna Miss You” sounded like a payback to an old school Al Green track, “Take Your Time With Love” feat Guitarist Norman Brown & Singer “Allen ‘Churchboi’ Bundy” keeps R&B at the forefront a little bit longer, as it becomes very apparent that the disc stretches out to all mediums of good, quality music. The background vocals skips around the track for smooth groove layered “Come Inside With Me” and Rap music influenced-driven “Right Person Wrong Time” feat JaMaL changes the pace & explores the diversity Mike Phillips has tapped into & maintained throughout his career.

Great musicians stand tall when you see them live in concert as opposed to listening to finished product from the studio. Have any of you seen this guy live? I have several times. His relentless energy on the stage is priceless. His crowd interaction should also be noted. The complete package. Although he still has a great deal of time left in his career to continue before he peaks, I encourage every one of you to see Mike Phillips in person LIVE the next time he passes through your area.