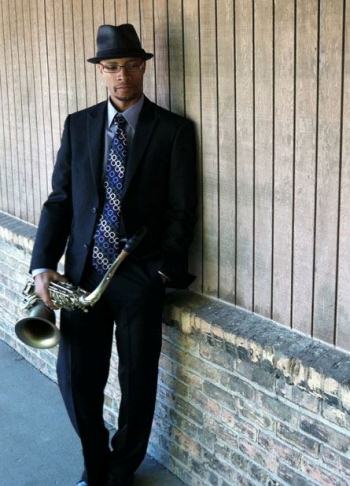 Widely acclaimed saxophonist Kris Brownlee sets the bar higher one more time with his new album “Sincerely Yours”. Contemporary grooves meet timeless melodies, creating a unique jazz blend that will blow you away. The album features thirteen tracks that have been described as “purely irresistible”. Perhaps the album’s stronger piece is “Halo”, the first single to come out of Kris’s new musical adventure. Halo has garnered worldwide acclaim as a modern and refreshing groove that is “uplifting”, “deep” and “smooth like butter”. With 25 years of playing saxophone, Kris Brownlee has developed a unique music style drawing from many influences including veteran saxophonist Boney James.

Kris Brownlee collaborated with guitar legend Freddie Fox and Grammy Award-winning music producer Michael Broening to turn Sincerely Yours from catchy grooves to a fully-fledged album that has already became successful. Apart from the sax, Kris is proficient with several other musical instruments and doesn’t hesitate to showcase his talent by playing multiple instruments on each of the 13 tracks in Sincerely Yours. This gives each piece a definite personal touch and adds to the melodious harmony that has made these jazzy grooves so popular in such a short time. Alongside the sax, Kris also does spoken vocals and background vocals, arranges the drum programming and plays the guitar and keyboards.

The album features two pieces where female performers take part to create a strong musical blend. “Up Front” has Cindy Bradley performing alongside Kris while “2 AM” features Gabriela Anders singing a sensual solo in English and Spanish.

Notable slow, wet and drippy ballads, “Waiting For You (Love)” & “Under The Pale Moon” adds a formidable ‘lush and cream’ to an otherwise prominent contemporary jazz outing.

The whole album runs almost an hour long and is full of high-energy funk that can power you through the day and sexy ballads that will soothe you when the night falls. A very eeaassyy album to listen to. My take is to give it a mid to high fair rating of 4+ out of 5.