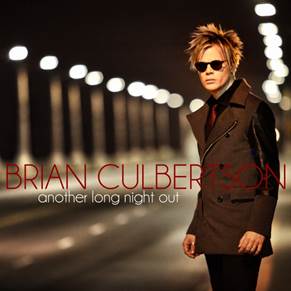 Ultimately, it is difficult to miss a beat on a classic, though sometimes when the classic is reinterpreted, the original magic is compromised. Another Long Night Out never faces this problem, given its incredible musicianship and top-echelon material. “City Lights” kick-starts with coolness, though in the same regard manages to throw a knockout punch. Culbertson’s pianistic skills are simply remarkable, with every stroke of the key feeling incredibly thoughtful and vital to the song’s overall success. In addition to Culbertson’s undeniable talent, Lee Ritenour shines through a balanced approach, guesting on lead guitar. “Patches” Stewart’s muted trumpet further sweetens, with all musicians creating a powerful, urban-jazz soundscape. On the following standout “Fullerton Ave.” (see video below), Chuck Loeb supplants Ritenour as the guest guitarist, equally impressing with his skill. The horns highlight here, particularly as they crescendo and accentuate with cut with pointed punctuations. The “cherry on top”, as always, is none other than Culbertson’s piano improvisations – sigh. Pianistic beast!

With an absence of filler or notable miscues, consistency is Another Long Night Out’s modus operandi. “Heroes of the Dawn” is among the set’s most brilliant moments, recreated with veterans Eric Marienthal (soprano sax) and Rick Braun (flugelhorn and valve trombone). The melodic combination of piano and flugelhorn, with echoes by soprano sax are equally genius and hauntingly beautiful. Near the close, Marienthal and Braun trade fours, flexing those musical muscles superbly. Marienthal’s magnificent soprano sound returns once more on “Twilight”, where he reaches for the stars with each and every nuanced note. The proceeding “Horizon” once more features “Patches” Stewart on muted trumpet, who seems to put the perfect exclamation point on the soulful showing. Ricky Peterson’s B3 organ certainly infuses additional intensity. Maybe no track delivers greater than title track “Long Night Out” featuring Dutch saxophonist Candy Dulfer. As captivating as the full arrangement is – intact with African percussion – no one outdoes Candy, who delivers an incredible solo that would feel at home regardless of the musical genre or sub-style.

All said and done, Brian Culbertson gets it done (“again”) on Another Long Night Out. Rarely is a re-recorded album an exceptional, memorable listen. This go ‘round though, Another Long Night Out is a worthy listen, particularly given the genre. The great flexibility of jazz is that the musicians can always bring something new that further enhances, particularly from an improvisatory perspective. Brian Culbertson and company accomplishes and exceeds this goal. Highly recommended.