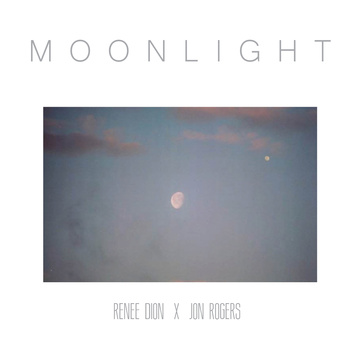 On one of producer/beat crafter Jon Rogers’ mixtapes, (complex)ions: MAUVE’, he handed out major props to Renee Dion with a hearty, “keeping it live.” The feeling was apparently mutual as Dion hired Rogers to sonically guide her poetic soulful voice and to share head billing for her latest project, Moonlight. Though the behind the scenes teaching moments from Dion developed into a semi-rugged training ground for Rogers, who had never interacted with a vocalist, the end results on Moonlight capture Dion’s upgraded musical vision from her previous work. In fact, the Columbus, Ohio based singer/songwriter was yearning for an artistic turnaround after two solo self-releases, Rhapsody Inn and The City Never Sleeps, which leaned more towards a funky, jazzier neo-soul vibe.

Accompanied by Rogers’ dense and intense soundscapes, Dion conceives a new chapter in her career documenting her life’s transitions, while her vocals inject sweet soulful doses and intricate storytelling. The funky pulsating bass drives “51st & Cornell,” transporting the listener toward Dion’s special memories of Chicago where she cut her artistic teeth: “I must remember you…I must remember the truth.” The R&B/hip-hop flavored tale of Dion’s recent nuptials, “I Do” and “After,” examining conflicting emotional adjustments, decorated with funky bass riffs, snares and a fuller orchestration: “After my feelings got all invested I couldn’t find/Spaces I’m used don’t feel like they used to…,” seamlessly blend urban sensibility with electronic bliss.

Dion’s musical opus runs even deeper on two particular tracks. “Mistakes” deals with her interesting perspective of being less than perfect: “Simple things are complex to me…I’m not who I used to be no more.” Rogers tweaks the backing samba beats that weaves in and out at will. Speaking from Dion’s point of view as a recent newlywed, “Wife Duties” spans a checklist from a dedicated wife: “Never go to bed mad at you…Never let strangers come between me and you,” set to Rogers’ offbeat throbbing soundtrack which provides the perfect catalyst.

One of Moonlight’s brightest spots belongs to “Talk Less,” where Eddie Bayard’s saxophone effortlessly release bop and blues colors, and that could find a niche during quiet storm radio airwaves. The same applies for Dion’s affection towards another city, as she paints elegant visuals of “Seattle” alongside Rogers’ dripping keyboards and clicking percussion.

As a skilled producer, Rogers’ sonic minimalist grooves actually compliment Dion’s vocal texture and storytelling in almost every aspect of Moonlight. Occasionally, his inexperience manifests on excruciating flourishes (“Waiting”) and “Plus Minus” with its over monotonous passes. Yet Dion’s intuitive choices and patience in team work with Rogers elevate Moonlight into a fascinating and soulful journey of the mind. Four and a half stars out of five.