“Miles Ahead”: Where Mercury Meets The Milky Way
Movie Musings by A. Scott Galloway

For Miles Davis whose artistic and personal essence was “no compromise” at fortissimo, the hybrid fictional movie “Miles Ahead” undeservedly smacks of way too much of it. Actor Don Cheadle, making his directorial debut here, gives a performance of bravura voodoo as the iconic, forward-marching musician. Yet he and co-screenwriter Steve Baigleman created a convoluted maze of a story in which to contextualize it – dually necessitated by Cheadle’s choice to play between the lines as opposed to the melody as written…and Hollywood’s infuriating insistence on giving even the boldest of real life black men a white knight. 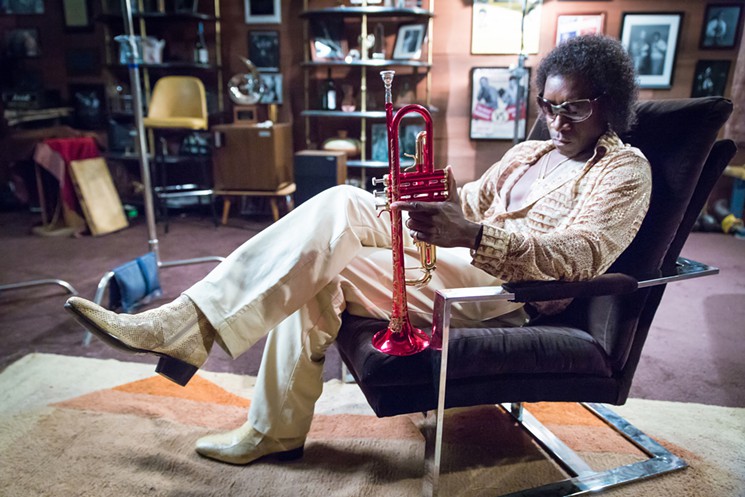