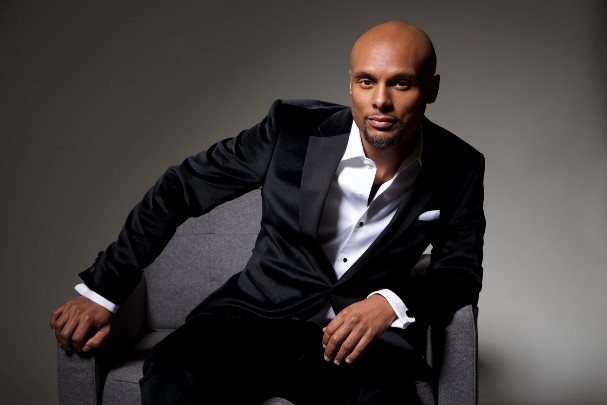 Jazz Alley is a long-time Seattle, WA establishment, who have prided themselves in welcoming a diversified and expanding family of vocalists and musicians from jazz, world music and the contemporary urban market. Many of those artists have made the rounds back to the Alley on several occasions include Kenny Lattimore, who burst onto the scene in the nineties with other smooth soul-sters like Brian McKnight and Babyface. Feeling extremely comfortable inviting the audience into his ‘living room’, the night was filled with blasts from the past and shots from his latest release, Anatomy of a Love Song.

Though the set had its fair share of tasty grooves such as “Remix This Heart,” “Love Me Back” and “Never Too Busy,” Lattimore treated his honored guests by digging back into his early vocal training with selections of operatic arias and paying homage to jazz crooners, as precisely executed on Frank Sinatra’s, “Fly Me to The Moon.” Lattimore also knows his way around pop and R&B covers – “You Are My Starship” from Norman Connors and a soul shattering version of The Beatles’ “And I Love Her.” Of course, his signature piece, “For You,” understandably the biggest highlight of this ‘living room’ experience, was included in the mix.

Not to forget the supporting cast, background vocalist Tamika Peoples and Elica Morrison were definitely connected to Lattimore’s animated performance and musicians Miguel Gaetan, Vernon Prout, Big Mike Hart and Darryl Woodson were showcased with brief but entertaining solos. With the rare exception of corny moments offering relationship advice, Lattimore and his musical family’s hospitality are welcome back to Jazz Alley anytime. Four and three-quarter out of five stars.