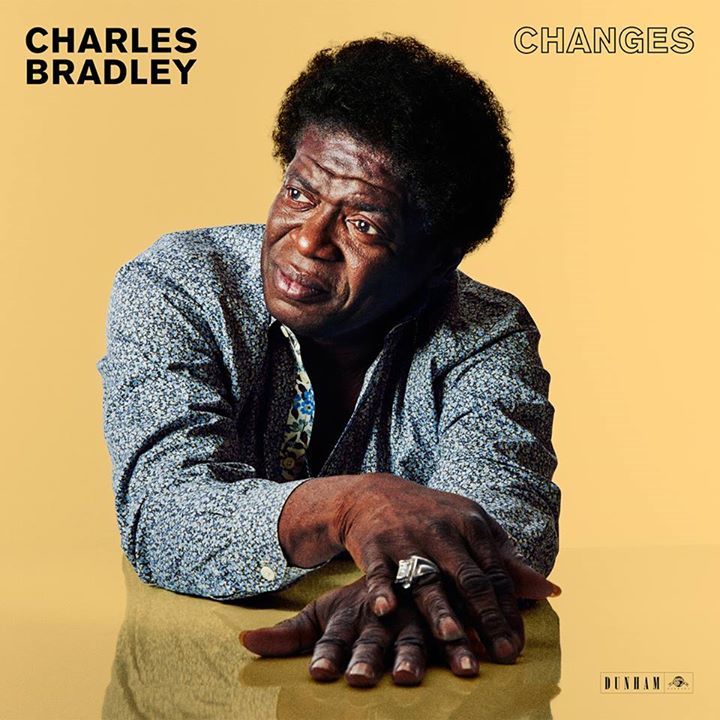 For a particular singer who was living the hard knocks life as captured in the 2012 documentary entitled Soul of America, Charles Bradley always expressed himself without any qualms. Known for many seasons as a James Brown impersonator from the mid-nineties, this surefire survivor of his past surroundings who outright bore his soul musically struck a wonderful chord with the powers that be at Daptone Records, a revivalist label that first brought us Sharon Jones & The Dap Kings and Lee Fields, amongst others. After being signed, the now sixty-seven years young Bradley rolled up his soulful sleeves releasing two CD’s in 2011 (No Time for Dreaming) and 2013 (Victim of Love). As a now full-fledged recording and concert touring artist, Bradley was developing his own musical persona, while nicely fitting into the Daptone extended family. Yet, the man who is also dubbed The Screaming Eagle of Soul, still bleeds touches of James Brown but is quite the storyteller when the subject matter is biographical in nature. Changes, the third release from Bradley on Dunham Records (a custom label of Daptone), extends his uniquely acquired gifts beyond being just a vocal imitator of an established soul legend.

With the able assistance of Menahan Band founder/multi-instrumentalist Thomas Brenneck, Daptone’s in-house musicians and a sonic funk, hip-hop tinged soundtrack, Changes is filled with plenty of vocal firepower from Bradley talking about love personified, deeply personal testimonies and some stinging commentary about the world’s political state of mind. “God Bless America” opens with a spoken word about what makes America great, climaxed by emphatic gospel expressions. This is understandably followed with “Good to Be Back Home,” about Bradley’s positive perspective in returning to American soil after his first major international tour with his band, The Extraordinaires. Besides the gratitude, there is the attitude of social conscience in “Change for the World,” with unabashed preaching about separation between people in one form or another: “Stop hiding behind religion / Hate is poison in the blood.”

Naturally, just like his previous outings, there are love songs in all shapes and sizes throughout Changes. “Ain’t It A Sin” (recently featured on NetFlix’s Marvel’s Luke Cage) examines the mindset battles between saints and sinners such as throwing dirt while being hurt: “If you ain’t gonna do me right/ I might just do you in,” driven by a smooth boogaloo groove. On the somber side, “Nobody Like You” is another struggle in fighting loneliness: “When I was down and out/I needed some company,” coming to a rousing conclusion with the hook of Seals & Crofts’ “Summer Breeze.” The title track must not be overlooked, either, as Bradley reworks this Black Sabbath cover as a genuine love tribute to his mother, accompanied by a companion that packs a emotional punch.

Though there are a few rough patches with some cliched lyrics, Changes is, by far, the best representation of Bradley’s gutty soulful voice and raw songwriting ability that soul fans, vintage and new, will come to appreciate. Four and a half stars out of five.