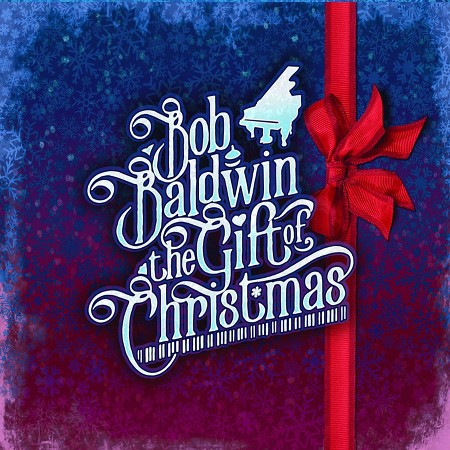 Bob Baldwin
The Gift of Christmas
(City Sketches)
A Record Reflection by A. Scott Galloway

Keyboardist/Producer Bob Baldwin eases us into the 2016 holiday season with some much needed aural relief via his 10 song offering, The Gift of Christmas. The CD opens with a pleasant jaunt through Donny Hathaway’s “This Christmas” then lifts off into space for a celestially reharmonized sojourn through Vince Guaraldi’s “Christmas Time is Here.” For pure jazz ivory tickling, it gets no smoother than his takes on “Silent Night” (banded with a backbeat blues he calls “The Calm”) and “Greensleeves/What Child Is This.”

Flautist/ longtime Baldwin collaborator Ragan Whiteside joins Bob on a serenely churchy “O Holy Night” (including the original tag, “The Tenderness,” where we get to hear Bob play a taste of organ). Guest vocalist Corvina Nielsen brings a big round tone to a groovin’ “Do You Hear What I Hear,” a reverent “O Come All Ye Faithful” (in a medley with “Celebrate The Son”) and a techno jazz waltz through “We Three Kings” on which she gets her “Star Trek” contralto on during the remix’s second half titled “Yonder Star.”

However, in true Baldwin tradition, it’s his original compositions that ring through the sweetest on “December 25th” and, particularly, the bells kissed title track of ivory tickling, “The Gift of Christmas”…floating you off to dreamland with visions of a kinder world dancing in your head…