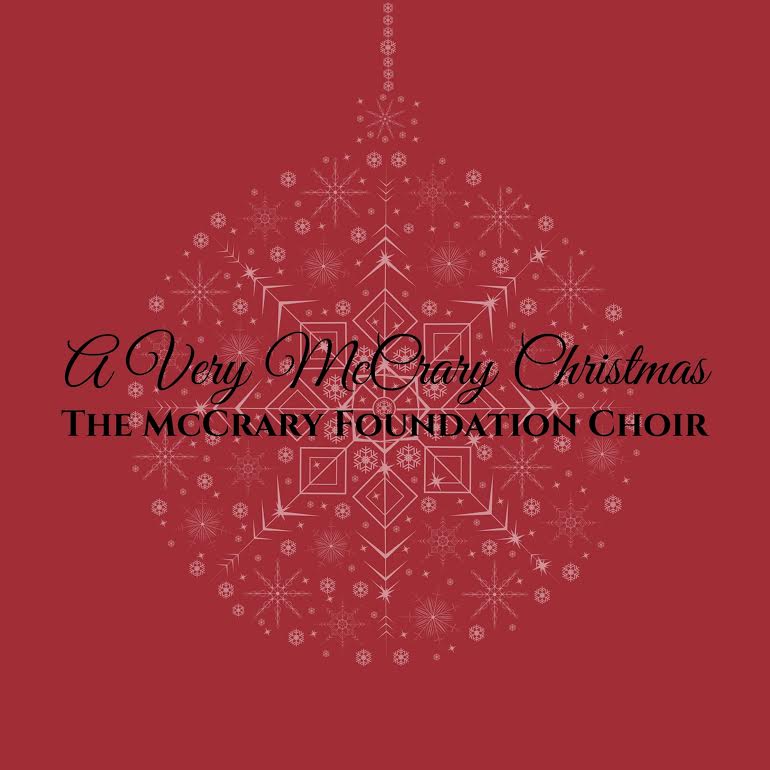 With the goal being to create a Christmas album for all the generation within your household, the world famous McCrary family of vocalists, musicians, songwriters, arrangers and record producers (Michael Jackson, Beyonce, Chaka Khan) glowingly succeed in their mission with a richly inspired and diversified 12-song collection of original and traditional offerings.

On the more traditional side is a very faithful to the original arrangement of the not often covered Nat King Cole treasure “A Cradle in Bethlehem” featuring  Sam McCrary and lovingly reproduced by Branden Burch, the intimate and introspective “I Heard the Bells” f/ Lonique McCrary primarily for piano and voice, the heavy southern soul treatment for “Go Tell It On the Mountain” with all vocals by Leon McCrary, the heart-tugging hymn of reassurance “Rejoice” sung by Linda McCrary-Fisher (with expressive acoustic guitar ad libs by Juan Carreno-Aziza) and big papa Howard McCrary’s song of awestruck praise upon Jesus’ glorious arrival, “Christmas Morning.”

The collection’s heaviest numbers are a sobering reminder of the humanity behind the holiday “The Gift” featuring Donovan McCrary (stressing the importance and need for more giving than receiving) and the choral bonus track “Let There Be Peace” (musings on the dark side of the earth and a prayer for peace “starting with me” for “we are all the same”). The one song that could have used a lil’ more cinnamon and nutmeg is the duet “Baby Its Cold Outside”…but it’s tricky to come behind the many legends (including Ray Charles & Betty Carter) that have teamed up on this seductive number and escaped the walk of shame to make it fun for all. 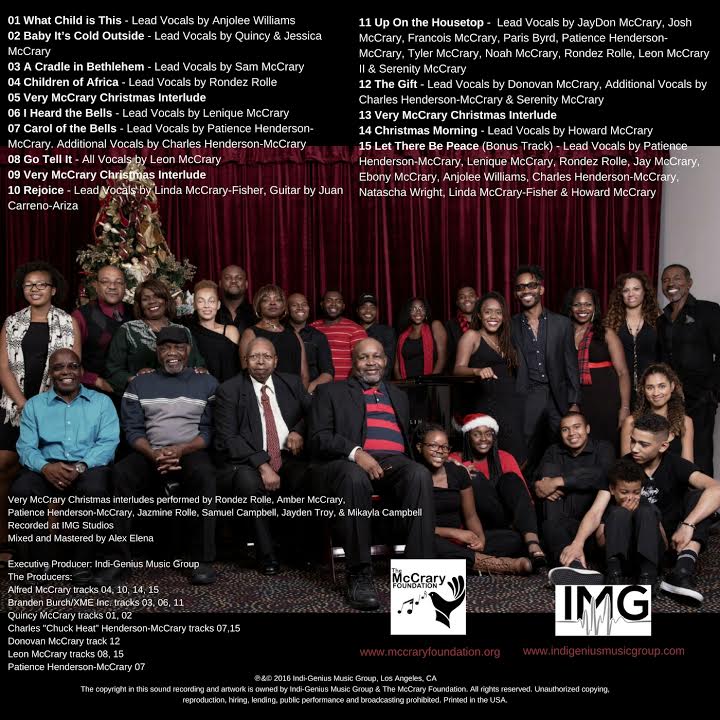 All of the profits from A Very McCrary Christmas will benefit The McCrary Foundation, a California non-profit organization with the mission to positively empower and inspire peace and healing through music therapy. http://www.mccraryfoundation.org/