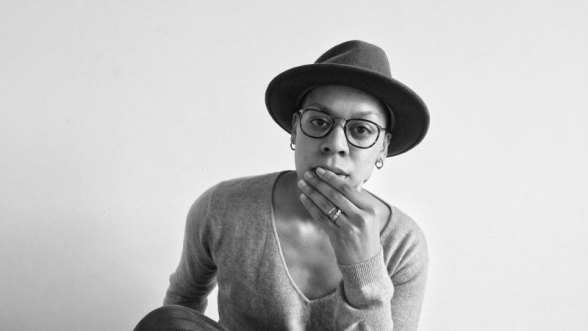 When musical boundaries are loosed, a musician experiences an indescribable freedom as their notes jump so high off the page. As an independent artist who shapes her music in several directions, Krystle Warren dives in with full steam as a multi-instrumentalist and as a profound storyteller who digs so deep spiritually and uncompromising emotions. In other words, no boxes or categories should even define her artistry. Molding the elements of R&B, gospel, folk, country and anything else that meshes with her songwriting ideas, her organic arrangements and flexible voice are always taking the listener into a very special place. When not in the studio, Warren can be found on tour frequently with indie pop sensation, Rufus Wainwright. No matter what the setting, Warren will accomplish whatever it takes to deliver her messages; from A Time To Keep – Love Songs EP where over twenty musicians participated as The Faculty, to a one man production team in Ben Kane – the guiding force behind Warren’s latest effort, Three The Hard Way.

The video that delves behind the scenes on this Parlor Door Music CD focuses on Warren’s and Kane’s musical partnership in crafting the music, which is recorded the old-fashioned way on analog tape. Much of Three The Hard Way, reflects on her church upbringing but blends those spiritual influences with a few fascinating stories. “Nae Nae & Ruthie,” a sonic blues-filled tale centering on a romantic relationship in context of Biblical devotion: “Ten years come, ten years gone/Think of everything we’ve been through /May the Lord condemn me so severely… Still, I’m clinging to you.” An analogy of eternity in a single tree, entitled “Learn to Bend,” is backed by a soundtrack of gentle guitar strums, an echo chamber of background voices and an easy-going scat vocal.

Then there are the expressions of gratitude to God on “Thanks & Praise,” a more organic blues ode with R&B flavored harmonies: “In this world of rising waters/So heavy dark and deep/Comfort is found in what You mean to me.” “Move!” transports the listener to an old-fashioned church service that proclaims a telling message: “Half of the people are drowning/And the other half are swimming in the wrong direction.”

Switching the mood with the hardest hitting track on Three The Hard Way, “Red Clay,” recalls The Tulsa Massacre of 1921 – a rare piece of history depicting a gruesome attack on a black community, accompanied by a staccato guitar. Three the Hard Way by far is Warren’s best work, especially for her intuitive musicality on every piece that come to life with her already inventive story lines. Five out of five stars.