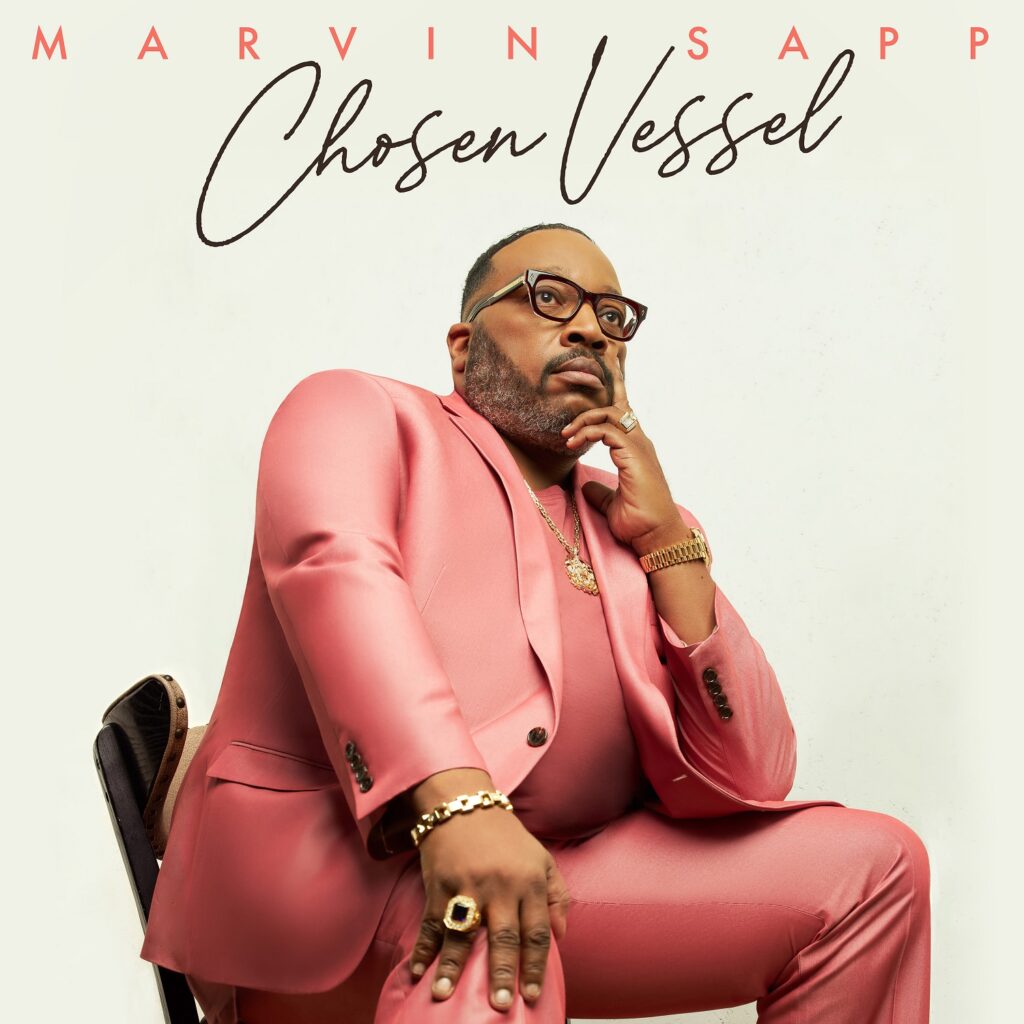 If anyone desires to be in an effective ministry, the utmost key is being ready to sacrifice at a moment’s notice while excursing faith to the maximum. Marvin Sapp has faced many turning points through the years, even while earning countless Stellar Awards along with numerous Billboard Gospel achievements. In fact, ten years marks the time he lost his beloved wife to cancer leading to balancing single fatherhood, pulpit ministry and a recording career. The latest calling arrived of recent when Sapp was asked to take over as Senior Pastor of The Chosen Vessel Church. Though he longed to stay with his congregation in Michigan, Sapp sensed he needed to trust Jesus on another level.

Settling in his new church home in Fort Worth, Texas for his first live recording since 2011, Sapp presents the fittingly titled Chosen Vessel (RCA Inspiration). Despite the ministry change of address, Sapp reaches yet again towards his go-to friends – vocal director/arranger Myron Butler and producer/musician Aaron Lindsey. In turn, this winning combination works favorably on The Chosen Vessel because of Sapp’s pure, soulful voice reflecting his genuine attention to testimonial standards from the past such as “Never Would Have Made It” and “The Best in Me.”

Sapp wastes no time utilizing his ministry skills on Chosen Vessel’s debut single, “Thank You for It All,” expressing gratitude for all the triumphs and tests. The anthem-driven, “Undefeated,” an excellent choice for the follow-up single, relates to how Christians are conquerors in Jesus Christ no matter what life dishes out. Gospel quartets also receive their fair due as “Say Yeah” invites the Motown sound into the mix. Switching up into a gorgeous waltz, “Great and Mighty” begins with an encouragement to the congregation about God’s almighty majesty.

Though Sapp clearly locks into genuine praise and worship, Chosen Vessel gets a bit dicey with the overambitious, “Praise Everyday,” blending rock, hip-hop and techno before serving a brief dose of roots gospel. That aside, Sapp detours with “New Thing,” in adjusting one’s mental attitude when any change is on the horizon, while the title track focuses on carrying on despite whatever mistakes were made in the past. Without any doubt, Chosen Vessel will add to Sapp’s legacy as a gospel music icon while serving the body of Christ through life’s unexpected seasons with lots of grace. Four and three-quarter stars out of Five.