The atmosphere is quaint and hushed as revered jazz vocal veteran Andy Bey slides in behind the ivories to premier music from his brand new CD, Pages From an Imaginary Life. In a space as cozy as a living room, the master is comfortable enough to speak candidly about his music by way of introducing songs – sometimes reflecting, other times joking. Amid his loving tributes to Billie Holiday which he rendered floating from his warm natural baritone to his high plaintive falsetto, Bey penetrates deepest with his more recent original compositions that offer keen insight into his mind’s inner workings at that more important life juncture – today. Songs like “Bad Luck May Be Good Luck,” “Worried Life Blues” and “Humor Keeps Us Alive.” These are songs so new that even though Andy wrote them, he stumbles occasionally in performing them perfectly. What master would ever allow this to happen in front of an audience in a New York City nightspot? It is only because of THIS particular nightspot that Andy feels free enough to “try” things as opposed to sticking to his tried and true. 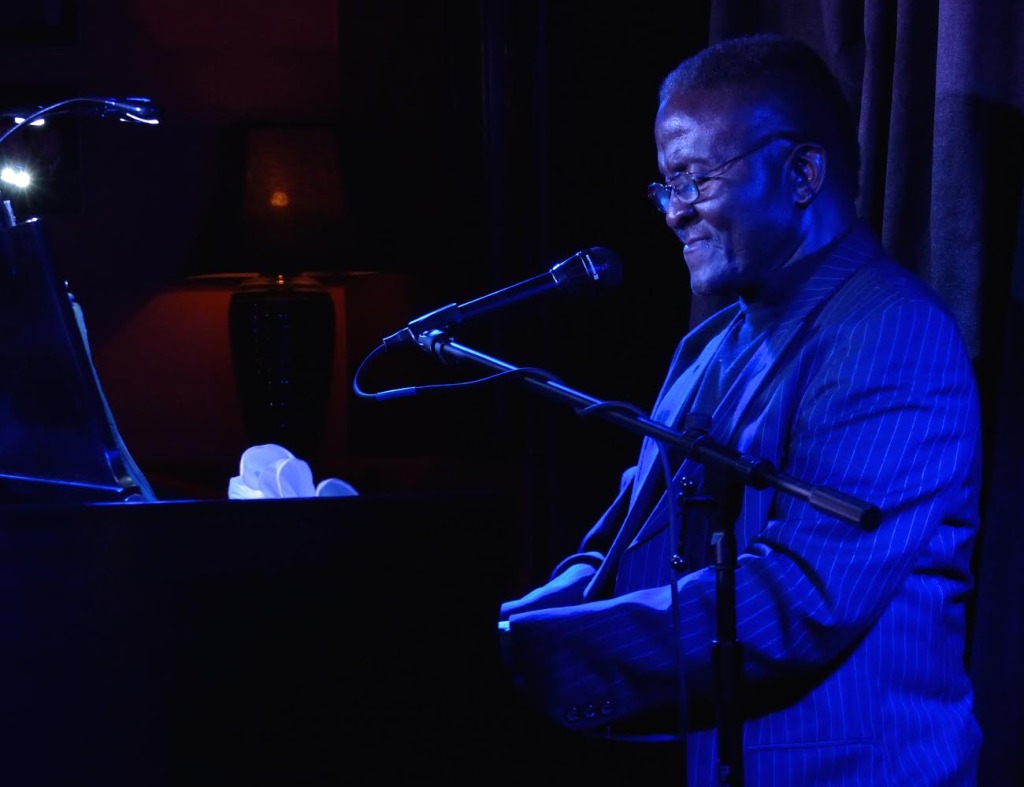 That place is Café Nocatambulo, a wonderful new haven for real music and real performers that was recently opened by artistic director Christopher Gines as a music space inside of already existing Pangea Restaurant downtown in Greenwich Village. “This is my first club venture,” Gines shares in an interview I had to conduct after he stopped me on my way out of the club to ask how I enjoyed the music. I was walking out the door spellbound by the evening I had there.

“I’ve been a singer for 25 years,” he continued, “I’ve always had it in the back of my mind to have my own joint – a place to work and bring people I love to come in and do their thing. Everything came together a year ago when I discovered this space. I promote other nightlife events all over the city. I started doing parties at Pangea and noted that it had real potential for intimate music venue. The owners had the same idea and just needed the right person to take it on.”

Nine months of planning to transform the space began in early fall of 2013. “I trusted the owners’ taste in décor and art. Their food is always great and they’ve done all sorts of revolving art projects in East Village. I told them, ‘I need three things: great lighting, great sound and a great piano. Get me those three elements and we can make this work. We need everything as top notch as we can get for the artists.’ They’ve been in business for almost thirty years so they know everyone in downtown theater district in terms of lighting, tech and sound. We got Donald Eastman to design our stage and configure the best set-up of the room. It was like a family working to put this all together.” 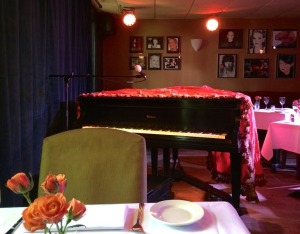 “I came up with the name Café Noctambulo – Spanish for ‘night owl’ – because I wanted an exotic calling card for this inviting new downtown space for music on Second Avenue. Being a night owl myself, I thought it was appropriate.”

For the “soft open” of Café Noctambulo, Gines turned to his old performance and writing friend, singer/pianist Eric Comstock, to christen Christopher’s club on Tuesday, June 24, 2014. It was during the second week that the legendary Andy Bey, also a friend of Eric’s, stopped in to check things out. “He hung out all night and loved it,” Gines remembers. “Andy said that Café Noctambulo reminded him of the rooms he used to work in during the `60s and `70s. I asked him if he would be interested in singing here. He agreed and I was floored.” To coincide with the release of his second CD on High Note Records, Pages From an Imaginary Life, Andy Bey became Café Noctambulo’s first headliner for its first fall season. 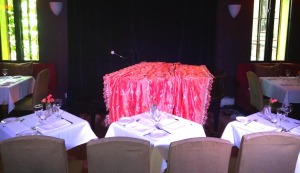 “We’ve been booking as we go so we’re only at two or three months in advance right now,” Gines states. “Slowly but surely people are finding their way here downtown and loving the space. Folks that have been going to clubs for decades all say it reminds them of the places where they used to hang that were on very block back when they were kids. We’re trying to bring all of that back.”